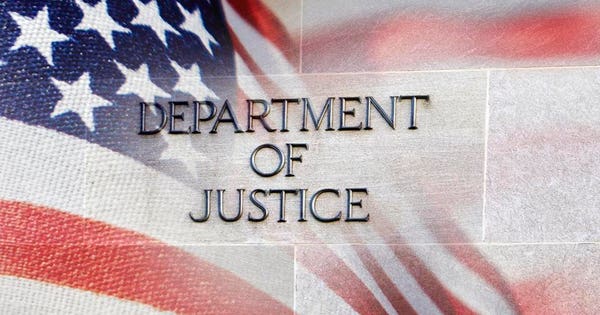 The Department of Justice announced that one of its alumni strayed.

Not That Sophisticated A Scheme Apparently

According to the plea agreement, Mr. Miller has gotten a couple of good boy points for not making the government go to the trouble of preparing for trial.  The sentencing guidelines can seem almost as complicated as the tax law, but I would predict that he will end up with around two years when he is sentenced in September.

According to Revolving Door, Miller worked for DOJ Tax Division from 1979-1983. (Since he is 67 that is near the start of his career).  He has a stint at Treasury from 1989-1993 and then positions with several different firms until 2012 when he started Tax Legislative Solutions.  TLS was registered as a lobbyist. Its largest client was the Affordable Housing Tax Credit Coalition which was paying TLS $360,000 per year according to Open Secrets.

Given Miller’s high level of sophistication, I am disappointed at how mundane his tax crime was .  At issue were his returns for 2010-2014.  He understated income by $2,215,887.06 in total for those five years lowering reported tax by approximately $735,993.  The details are in a statement he signed that is available on PACER.

Millers’s 2010 return was prepared by Firm X.  They were sticklers at Firm X requiring him to fax his K-1 rather than just fill in the numbers.  He only faxed them the short year K-1.

Frankly, if Miller had been a dentist or engineer he might have been able to convince someone that it was all a mistake because the full year K-1 would have been labeled 2009.  Fiscal year partnerships, particularly for service businesses are pretty unusual.

He also failed to report $36,258.06 that a client had paid him for lobbying services. (I knew those pennies had to come from somewhere)

That he was filing the 2010 return over a year late probably didn’t help.

Miller’s 2011 return was prepared in October 2012 around the same time as his 2010 return.  He was more brazen on this one.  Firm X sent him a copy of a return based on his K-1 with another law firm that had $252,186 in ordinary income and guaranteed payment of $440,000.  He asked Firm X to change the return and they refused.  The return that he ended up sending in omitted the ordinary income portion of the K-1.

It would be really hard to argue that was just a mistake.

My educated guess is that one or more of his clients did not think they had to send a 1099 to a LLC.  If that is the case, they are lucky if the IRS is not chasing them for the tax.

Mr. Miller’s service in the DOJ Tax Division Appellate Section makes much of the earlier part of his career a matter of public record.  I didn’t put the time in to read all the cases in which he represented the United States, but I did make one interesting observation.

Back in the day, a technique for freeing up earnings trapped inside a C corporation was for the shareholder to borrow money interest-free.  It was a planning technique I learned well.  The IRS did not like this one little bit and announced that it would not follow Tax Court decisions that approved it.

The Tax Court followed its own precedent.  It fell to DOJ TDAS to appeal those decisions and Mr. Miller was on the teams that lost the interest-free loan issue in the Sixth Circuit, the Fifth Circuit, the Second Circuit, and the First Circuit.  I would think that might have been a bit demoralizing.

Congress killed that particular technique in the Deficit Reduction Act of 1984.  I wonder if this convinced Mr. Miller that he could do more good as a lobbyist.  Regardless, I could see being sent out on those fruitless missions generated by the IRS unwillingness to know when to quit being kind of alienating.

Maybe More Sophisticated Than It Looks

Most tax preparers I know will tie themselves in knots to avoid documents like 1099s and W-2s not matching what goes on the return. They know from experience that if anything will get caught and cause embarrassing notices, mismatches will.  The same care usually goes into K-1s, the forms used by partnerships and other flow-through entities to report income to owners and the IRS.

It turns out, however, that the IRS over the years has had a lot of trouble matching K-1 information to returns as is discussed in some detail in this article in this law review article by Valeriya Avdeev. Miller’s highest paying client was the Affordable Housing Tax Credit Coalition.  If you work with housing credits, you learn about partnerships, so Mr. Miller might have been counting on IRS bumbling.

DOJ TDAS is probably not the most well-known section of the federal government.  It did have a recent media moment though as it was portrayed, I think unfairly, in the Ruth Bader Ginsburg biopic On The Basis of Sex.  You can read about that here.

Jack Townsend, I think as a labor of love,  runs the DOJ Tax Division Alumni Blog.  Apparently, it is a “warts and all” effort as he has Former Tax Division Attorney Pleads to Tax Perjury (6/21/18). I wonder if Dartmouth and Columbia will have something in their alumni newsletters.

Rachel Weiner covered the story for the Washington Post pretty much just following the DOJ release.