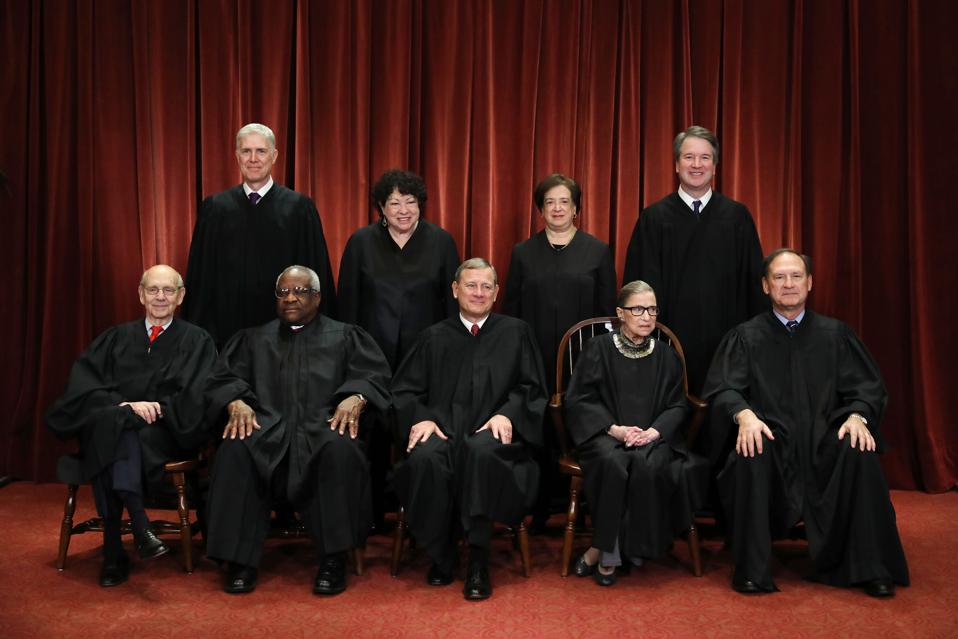 The Supreme Court issued a decision in North Carolina Department of Revenue v. The Kimberley Rice Kaestner 1992 Family Trust – and it’s unanimous. The Court ruled that a trust beneficiary’s residence is not sufficient on its own for a state to tax a trust’s undistributed income.

Here’s how the case arose. Joseph Lee Rice, III, created a trust for the benefit of his children in his home State of New York and appointed a fellow New York resident as the trustee. So, at first blush, you’d think it was a New York trust.

However, in 1997, Rice’s daughter, Kimberley Rice Kaestner, moved to (my home state) of North Carolina. The new trustee subsequently divided the trust into three separate subtrusts, including the Kimberley Rice Kaestner 1992 Family Trust formed for the benefit of Kaestner and her three children. With Kaestner living in the Tarheel State and a beneficiary of the trust, North Carolina attempted to tax the trust under a law authorizing the State to tax any trust income that “is for the benefit of” a state resident. That law, found at N.C. Gen. Stat. Ann. §105–160.2, isn’t so far afield: other states attempt variations on this same thing. In this case, the North Carolina courts have interpreted the law to mean that a trust owes income tax to North Carolina whenever the trust’s beneficiaries live in the State, even if those beneficiaries received no income from the trust in the relevant tax year, had no right to demand income from the trust in that year, and could not count on ever receiving income from the trust.

Under the trust agreement, the trustee had “absolute discretion” to distribute the trust’s assets to the beneficiaries. Since distributions weren’t mandatory, the trustee did not make any distributions to Kaestner for the tax years 2005 through 2008. The trust was supposed to terminate when Kaestner turned 40, which was after the tax years in question. After consulting with Kaestner, the trustee rolled over the remaining assets into a new trust instead of distributing them outright. The North Carolina Department of Revenue then assessed a tax on the full proceeds that the Kaestner Trust accumulated for tax years 2005 through 2008 – more than $1.3 million. The trustee paid the tax under protest and then sued, arguing that the tax violated the Due Process Clause under the Fourteenth Amendment. The state courts agreed, finding that residency of the beneficiaries alone was too tenuous a link to support the tax on the trust’s undistributed income.

However, most cases don’t have original jurisdiction. To be heard at the Supreme Court level without having original jurisdiction, the losing party (in this case, the North Carolina Department of Revenue) must file a petition seeking a review of the case. If the Supreme Court grants the request and decides to hear the matter, it’s called a writ of certiorari. That’s what happened in this case. The Supreme Court granted certiorari to determine whether the Due Process Clause prohibits States from taxing trusts based only on the in-state residency of trust beneficiaries.

The Due Process Clause is found in the Fourteenth Amendment and states, in part:

No state shall make or enforce any law which shall abridge the privileges or immunities of citizens of the United States; nor shall any state deprive any person of life, liberty, or property, without due process of law; nor deny to any person within its jurisdiction the equal protection of the laws.

Justice Sotomayor delivered the opinion for the Court. The Court, she explained, normally applies a two-step analysis to decide if a state tax abides by the Due Process Clause:

There must be “some definite link, some minimum connection, between a state and the person, property or transaction it seeks to tax” and

The “income attributed to the State for tax purposes must be rationally related to ‘values connected with the taxing State.’”

If either of those concepts sounds familiar, you can thank Quill Corp. v. North Dakota (91-0194), 504 U.S. 298 (1992). In Quill, the Supreme Court specifically examined the differences between the “minimum contacts” nexus required by the Due Process Clause and the “substantial nexus” required by the Commerce Clause. Quill was overturned in part last year by South Dakota v. Wayfair, Inc., 585 U. S. ___ (2018), but there are some principles which remain. (You can read Quill here and find out more about how the Supreme Court “killed” Quill last year here.)

To determine whether a State has the requisite “minimum connection,” the Court looked to another test – this one from International Shoe Co. v. Washington, 326 U. S. 310 (1945). Quill, 504 U. S., at 307. Under Shoe, a State has the power to impose a tax only when the taxed entity has “certain minimum contacts” with the State. In Shoe, the Court found that only those who derive “benefits and protection” from associating with a State should have obligations to the State in question.

But remember what I said earlier about other states having similar rules? The Court was clear to limit the holding to these specific facts. Justice Sotomayor made clear that “we do not imply approval or disapproval of trust taxes that are premised on the residence of beneficiaries whose relationship to trust assets differs from that of the beneficiaries here.”

The Court went on to note that when assessing a state tax premised on residency, it’s important to examine the particular relationship (whether beneficiary, settlor, or trustee) between the resident and the trust assets. Those relationships aren’t all created equal: the Court explained that the specific features of that relationship sufficient to sustain a tax may vary depending on whether the resident is a settlor, beneficiary, or trustee.

In this case, the focus is on the residence of the beneficiary. Under existing law, the Constitution requires the resident to have some degree of possession, control, or enjoyment of the trust property or a right to receive that property before the State can tax the asset. That was not, the Court found, the case here. Under the terms of the trust, the beneficiaries had no control over the investments or the distributions. They could not compel the trustee to release the funds, nor could they assign any of their rights under the Trust to another person.

North Carolina argued that a result which doesn’t focus on residency might result in forum-hopping or delay tactics to game the system, like putting off distributions until a beneficiary has moved to a low-tax state (I’m looking at you, Florida) to avoid the payment of tax. And there’s a lot of tax to be collected: the state cited a statistic that trust income nationally exceeded $120 billion in 2014. That could happen. But the Court found that “mere speculation about negative consequences” cannot make up for the lack of minimum connection presently to justify the tax.

(And if you’ve read down this far, you may be settled on the minimum connection question, but what about the rational relationship test? Because the tax on the Kaestner Trust did not meet Quill’s first requirement, the Court did not address the second.)

With that, the Supreme Court affirmed the decision of the lower court ruling that the North Carolina tax violated the Due Process Clause of the Fourteenth Amendment.

Justice Alito filed a concurring opinion, in which Chief Justice Roberts and Justice Gorsuch joined, wanting to make clear that the Court is merely applying existing precedent and the decision not to answer questions not presented by the facts of this case does not open for reconsideration any points resolved by our prior decisions.

You can read all of the opinions here (downloads as a PDF).