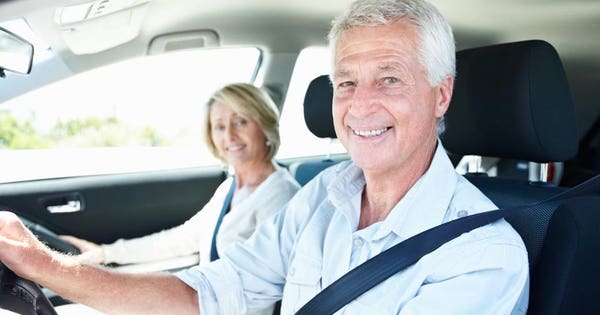 That’s what my 18 favorite stocks and funds yield on average in my “No Withdrawal” Retirement Portfolio. And it’s that very yield that gives the critically-acclaimed portfolio its name. Investors collect so much income every month that they don’t need to pull out their nest egg to make ends meet.

That yield, by the way, was higher just a few months ago, but as prices go up, yields go down … and prices across the portfolio have been going up, up, up!

That’s no happy accident—that’s a vital component to a successful retirement portfolio that many advisors and financial pundits too often miss. You still have to grow your money.

That’s why we emphasize price upside via factors such as:

This is one of my favorite examples of an unloved, under-the-radar play that my subscribers pounced on for fantastic results. They banked a dividend hike, NAV growth, and the fund went from value-priced to premium-priced. The result? A 41% total return (including dividends) in just 15 months.

As I mentioned before, the market has been very kind to my 18 plays–and to many different pockets of the market. Indeed, it’s difficult to find contrarian plays when Wall Street has so much love for so many stocks.

Luckily for us, even bull markets make mistakes. A few stocks and funds out there are presenting contrarian setups–and boast the kinds of sky-high yields (between 6.3% and 8.0%) that retirees can count on in their golden years.

Occidental Petroleum is one of the most interesting out-of-favor bets on the market right now, because it’s one being made by none other than the Oracle of Omaha himself: Warren Buffett.

Occidental, an integrated energy company that operates in the U.S., Latin America and the Middle East, has dropped in half since 2011. In an effort to turn things around, Occidental crashed Chevron’s buyout bid of exploration firm Anadarko Petroleum with an offer of its own–one that included a $10 billion investment from Warren Buffett’s Berkshire Hathaway.

An acquisitive energy company that yields 6%-plus and has Uncle Warren’s backing? What’s not to love?

Well, for starters, Chevron’s bid of $33 billion represented a 40% premium for Anadarko–and Occidental topped it by $5 billion. Including debt, the deal is actually worth $50 billion, so it paid a very, very dear price for those assets, which included 1.47 billion barrels of oil equivalent (BOE) in proved reserves. On top of that, Occidental now owes Chevron an extra $1 billion because Anadarko broke its deal to accept OXY’s offer.

Also, Buffett (in typical Buffett fashion) secured himself a too-sweet deal for his $10 billion investment. Namely, analysts believed Occidental could’ve issued regular preferreds to investors at about 6%, but the company will pay out 8% in preferred dividends to Buffett as part of the agreement.

And that’s the clincher that makes me wary of OXY right now.

Buffett’s bet on the Permian Basin wasn’t a yield-chase in Occidental’s common shares–it was a low-risk wager on its preferreds, via a rich deal that no ordinary investor ever would have gotten. A $10 billion investment is no small thing, but it also wasn’t a full-confidence swing, either. Meanwhile, Occidental’s debt profile has taken a turn for the worse, and there’s even less room for OXY to continue its already glacial pace of dividend increases.

We can find safer, better sources of high yield.

Skilled management can be worth well than its expenses in any investment vehicle. But when you’re dealing with an inaccessible alternative field such as bank loans, a steady guiding hand is downright necessary.

Enter Scott Baskind, Nuno Caetano and Philip Yarrow, the three managers overseeing Invesco Dynamic Credit Opportunities, which invests in floating or variable senior loans across numerous industries and geographic regions. This trio boasts a combined 47 years of tenure with Invesco, and more years of experience piled atop that.

That experience shows. The closed-end fund has pummeled the iShares Barclays Aggregate Bond Fund benchmark in almost every major time period, including a 10-year average annual return of 10.4% that dwarfs the Agg’s 3.9%.

The fund itself is about three-quarters invested in first-lien loans, 13% in bonds, and small allocations to second-lien loans, structured products and other debt. Almost all of it is below investment-grade, though more than 70% of it is at least in the upper levels of junk: Moody’s Ba and B ratings. And there is some international diversity: 72% of the fund is American loans, but there’s single-digit exposure to the U.K., Luxembourg, Sweden and France, too.

VTA commands a premium price. Its 3.5% in annual expenses is high even by CEF standards. But there simply aren’t many funds that do what Invesco Dynamic Credit Opportunities does, and does so well. But you are getting a discount right now–an 11% discount to the fund’s net asset value (NAV), which means you’re essentially paying 89 cents on the dollar for VTA’s well-selected holdings.

Real estate investment trusts (REITs) are one of the most well-known sources of high yield. But throw in a global twist and the income-juicing properties of CEFs, and you have a recipe for truly substantial income.

CBRE’s closed-end fund (CEF) is a diversified way to get access to real estate. For one, it offers the implied geographic diversity. In addition to 42.2% exposure to U.S. REIT common stocks, it also has high single-digit exposure to continental Europe, Japan and Hong Kong, and smaller holdings in several other countries. But it also currently allocates about 19% of its assets to U.S. REIT preferred stocks, which deliver high yield but do limit the fund’s growth potential.

The good news is, this high-yield vehicle is available for a 15% discount to its NAV–a fantastic bargain for such a high headline yield.

The bad news is, IGR has a spotty performance record. Its five-year average of 4.5% is just a hair below the indexed Vanguard Global ex-U.S. Real Estate ETF, which also happens to have much cheaper annual fees.

It’s good. But it’s not a bulletproof high-yield play.

Brett Owens is chief investment strategist for Contrarian Outlook. For more great income ideas, click here for his latest report How To Live Off $500,000 Forever: 9 Diversified Plays For 7%+ Income.

IRS warns tax refunds may be ‘somewhat lower.’ With high inflation, that’s a ‘double whammy’ for families, says advisor
You Shouldn’t Always Delay IRA Distributions
AT&T shares jump as subscriber growth tops analyst expectations
Beyoncé, a $100k-a-night suite and a red carpet of influencers: Dubai basks in its booming economy
Know The Times When An IRA Conversion Is Most Likely To Pay Off