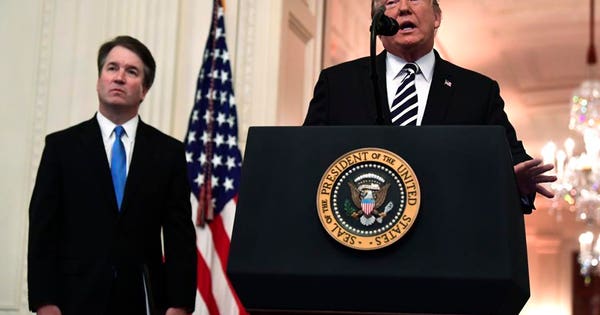 The Freedom From Religion Foundation is throwing in the towel in its struggle against the exclusion from taxable income granted to “ministers of the gospel”.  Code Section 107(2) grants the exclusion:

In the case of a minister of the gospel, gross income does not include—

(1) the rental value of a home furnished to him as part of his compensation; or

(2) the rental allowance paid to him as part of his compensation, to the extent used by him to rent or provide a home and to the extent such allowance does not exceed the fair rental value of the home, including furnishings and appurtenances such as a garage, plus the cost of utilities.

Section 107(1), which allows for the exclusion of in-kind housing was not part of the litigation.  107(1) has an analog in
Section 119 -
Meals or lodging furnished for the convenience of the employer.  The more blanket in-kind treatment for ministers can be defended by not wanting the IRS to be poking around about whether the housing is really for the convenience of the employer.
Section 107(2), despite what its defenders have said is really
sui generis. There are other exclusions for cash housing benefits like that for the military under Code Section 134, but the latter is limited in amount.  There is no dollar limit on the 107(2) exclusion.
Televangelists and mega-church ministers can and do claim exclusions running into the hundreds of thousands.

Judge Barbara Crabb twice ruled that the exclusion is unconstitutional.  The Seventh Circuit overturned her decision twice.  Once on standing allowing FFRF to do some tweaking and get a do-over.
The second time on the merits.

FFRF claims § 107(2) renders unto God that which is Caesar’s. But this tax provision falls into the play between the joints of the Free Exercise Clause and the Establishment Clause: neither commanded by the former, nor proscribed by the latter. We conclude § 107(2) is constitutional. The judgment of the district court is REVERSED.

That decision put the ball back into the FFRF court so to speak.  And their call is
to not bring it up to the Supremes.  I don’t know if they are keeping track, but this is arguably
another bonus to evangelicals for their support of President Trump.

We have full confidence in the legal merits of our challenge of the discriminatory pastoral housing allowance privileges. The IRS code preferentially favors the clergy as a special class, while penalizing those of us who are similarly situated in other 501(c)(3) organizations, particularly secular groups such as the Freedom From Religion Foundation that work to emancipate our society from religious dogma. It also penalizes ordinary taxpayers.

We did not feel the same confidence, however, in how the current Supreme Court would rule in our case, had we appealed. After “counting heads,” we concluded that any decision from the current court would put the kibosh on challenging the housing allowance for several generations.

We began this challenge years ago, when the composition of the Supreme Court was very different. We have (secular) faith that someday the Supreme Court composition will again favor the Establishment Clause and be willing to scrutinize this preferential code and declare it unconstitutional. By ending our challenge at this time, the Freedom From Religion Foundation is making it possible for another challenge to be taken in the future, and we hope to be part of that.

For whatever it is worth it probably would have been a different story if we had Jill Stein as President.

The fight over the parsonage exclusion is now the longest story arc that I have followed as a tax writer.  I picked it up in 2010 when FFRF was pursuing it on a different tack in California.  The 107 controversy appears prominently in two books about religion and tax law that I have reviewed one by Edward Zelinsky and the other by Samuel Brunson.

I thought the fight over the Defense of Marriage Act was pretty long, but looking back I see that it was over in three years with the Windsor decision.  I will actually have another post soon on the interminable IRS Scandal, which I thought was over in 2017, but Day 1 of the Scandal was not until 2013. Even Kent Hovind does not compete with the almost nine years I have covered FFRF and 107.  It just seems longer.

Religion As A Favor Seeking Industry

The most distressing thing about this story is how badly the religious establishment has acquitted itself in the struggle.  FFRF might be a little harsh in its assessment, but it has merit.

It has been eye-opening to see the greed — how aggressively U.S. churches have insisted on maintenance of this preferential treatment. It’s an indictment of the religious establishment that U.S. pastors feel no compunctions about not paying their fair share of taxes. Their charity begins at home.

Overall the behavior is what you would expect of an
$84 billion industry that has special tax status.  I was particularly disappointed in the Unitarian Universalist Association lining up with the Southern Baptist Ethics and Religious Liberty Commission when it came to defending tax breaks for ministers.

Two voices rang out from religious circles expressing concern over abuse of the housing allowance.

Reverend William Thornton, although thankful for the allowance and its effect on modestly compensated clergy, was a voice in the wilderness
crying out against its abuse.

Someone make the case that Joe Sixpack has to pay taxes on his income and doesn’t get any exclusion for his singlewide complete with a deck and a mangy dog sleeping under it, while Kenneth and Gloria Copeland live in an 18,280 square-foot lakefront parsonage on 25 acres valued at $6.2 million and exclude hundreds of thousands of dollars from income taxes under the housing allowance, or while Phil Driscoll enjoys not owing federal income taxes on $408,638 provided to him by his ministry to buy a second home on a lake near Cleveland, Tenn.

FWIW Driscoll ended up not being allowed an exclusion for his second house.

Reverend Frank Benson Jones, author of Stop The Prosperity Preachers called for a limitation on the amount of the housing allowance.  He also supported FFRF’s effort to require churches to operate with the same transparency as other not-for-profits by requiring them to file Form 990.

All in though, the reaction of the religion industry is disappointing .

Reverend Thornton, who now blogs on SBC Voices wrote Your housing allowance is safe for the forseeable future.  He remarks in the comments section

…and notice, if you read the FFRF stuff, that part of their decision not to appeal is based on the composition of the Supreme Court. Elections have consequences…

It pains me to say it, but it’s the right call. Unfortunately, because conservatives have politicized the highest courts and turned them into rubber stamps for the GOP, the biggest factor when filing major lawsuits has to be the political makeup of the courts, not the legitimacy of your arguments.

It’s too bad. This law benefits religious leaders (including wealthy ones) with a perk that leaders of atheist organizations aren’t allowed to get. The government is actively discriminating against atheist groups with this law even if lawmakers never intended for that to be the case.

It is a subtle point, but there is actually not discrimination of atheists as such. UUA ministers, some of whom are atheist, and Humanists do qualify for the exclusion.

I picked up the story from a Washington Examiner piece by Nicole Russell Two small victories for religious liberty that you didn’t hear about.

Even though religious liberty continues to spur fights nationwide, it’s good to see such militant combatants against religious freedom get the wind knocked out of them every now and them in the court system.

Robert Baty passed Russell’s piece to me.  Baty, a retired IRS appeals officer who has turned into an indefatigable keyboard warrior on a number of issues (when not busy watching his grandchildren) is actually the impetus behind this litigation.

There is more, but the story seems mainly confined to the religion industry press.