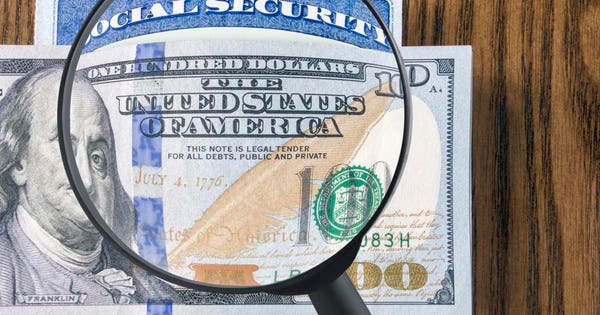 Earlier this week, in a dark basement theater deep in New York’s Soho neighborhood, I debated Social Security in an Oxford-style debate sponsored by the libertarian Reason magazine. I was there to argue the affirmative in the following prompt: “Resolved: Given Social Security’s nearly $3 trillion trust fund, the system cannot add to the federal deficit.”

Though I was totally right, the intelligent audience didn’t think I was. I lost the debate—big time. Before the debate, 8.5% of the audience agreed with the proposition (that’s me), 44% disagreed and 46% were undecided. After the debate, 15% agreed with me and 80% agreed with my worthy opponent, Gene Epstein, former economics and books editor of Barron’s. Epstein is the author of Econospinning: How to Read between the Lines when the Media Manipulate the Numbers, as well as the executive director and moderator of the Soho Forum—and, incidentally, a holder of an M.A. in economics from the New School, where I now teach.

First, I might have lost because I ran out of gas in the closing. It was a well-structured debate that added space for 45 minutes of questions (odd, though, that it seemed about 95 of the 100 or so people were white men). In closing I repeated my technical and correct answer that Social Security can’t, by law, add to the federal deficit and debt. Medicaid can, food stamps can, the unemployment insurance fund can, huge tax cuts can, but by law Social Security spends only what it takes in.

Social Security can’t add to the deficit and debt, because unlike other parts of the budget—tax cuts, preferential treatment of capital gains, deductions for corporate debt, carbon subsidies and defense spending—Social Security has built in “pay-fors.” It also can’t be sequestered, and it is insulated from government shutdowns.

Social Security must balance its books because it is funded through a trust fund, which means current and projected revenue must equal current and projected liabilities. The 1983 Social Security reforms provide a case in point. Because Social Security actuaries in the early 1980s could foresee the predicted the wave of boomer retirements, they successfully advised Congress to raise taxes above what was needed to pay current benefits and build up the trust fund—in other words, to invest now to pay for boomer retirements later. The Trust Fund bought special-issue government bonds in order to save for future spending. Although not everyone liked it—see historians Paul Light and Eric Laursen, for example—the changes were a brilliant and responsible way to pay for a predictable liability.

The point is, benefits can’t be raised a penny without raising Social Security revenue by increasing the tax or expanding the base. Unlike the federal budget, Social Security can’t spend more than it takes in. Congress built it that way to create “discipline” in the program. Somehow, though, the audience at the Soho debate did not appreciate this point.Second, I might have lost the debate because my opponent made the correct argument (though I tried in vain to argue it was irrelevant), that if the government doesn’t raise enough revenue to pay anyone who is redeeming Treasury bonds, then, well, there will be a deficit. This includes the Social Security Trust Fund, which redeems Treasury bonds purchased in the past to pay benefits in the present. I can’t argue against that.

But Gene’s argument is a misdirection. Arguing that Social Security redeeming its Treasury bills causes the deficit is just as wrong as arguing that government vendors cause the deficit. Hewlett-Packard sells email services to the Navy. Let’s say Congress doesn’t collect enough revenue that year to pay for the email services without borrowing. In this case, it is not Hewlett-Packard causing the deficit; it is Congress and the president who cut taxes too much relative to spending. It is irrelevant to take to the streets yelling “Down with HP!” If you don’t like deficits, don’t blame Hewlett-Packard or Social Security—entities owed money by the U.S. government—for causing them.

It bears repeating: Congress can add to the deficit and debt through every program and tax provision in the federal budget but not through Social Security. Social Security is off limits; every penny paid out now and, in the future, must be paid for with money coming in now and in the future. That is the current law, and only an unprecedented new law could change this fact.

Third, I might have lost because the crowd simply hated Social Security, hated entitlements, and wanted government as small as it can be. So, I was happy to go from 8% – 15%! Incidentally, I would think all conservatives would like all government to run like Social Security: Anticipate the liabilities, plan for the revenues, save for the future, hem in the program with rules that say it can’t pay more than it spends. But alas.

Why do smart people think wrong things, like Social Security causes budget deficits and more debt? The answer is confused accounting and politics. So I am sympathetic if people think the Social Security system can add to the deficit and debt. Those like me who argue that Social Security must get more revenue to stop the coming benefit cuts and lift every old person out of poverty have a responsibility to clear up the confusion. We have work to do to explain how Social Security is funded. Maybe we should let people ask their questions and teach better and listen in humility—just like the Soho Forum is striving to do.