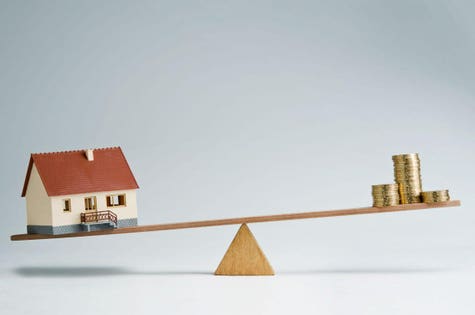 Even as markets have recovered since 2008, more people are turning to rent rather than owning properties. Why?

Numbers from the Office for National Statistics (ONS) vividly illustrate the continuing boom in the UK property private rented sector. The numbers – the latest the ONS has published on the matter – reveal that the number of households in the private rented sector has shot up from 2.8 million in 2007 to 4.5 million in 2017, a 63% leap in a decade. Offset against that is a 15% decline in the number of households purchased using a mortgage in that time, from 9.8 million to 8.3 million.

That period of time covers, of course, the high-profile 2008 financial crisis that engulfed many markets – the housing one included – but even as markets have recovered, more people are turning to rent rather than owning properties.

As prices rose, so did the average deposit required to a purchase a property, now averaging at a price point well beyond those without pre-existing capital or generous parents.

Perhaps tellingly, the volume of property sales has decreased across that period. For instance, in January 2007, 107,331 homes were sold, against 72,121 in January 2017. In an era where wage increases have also been suppressed – the average UK wage, as per ONS statistics, fell by just over 3% in the same period – inevitably, many have turned to the rental market because purchasing a property is too much of a financial leap or not one they’re willing to take given past financial uncertainties.

Those financial uncertainties are worth exploring further. It’s no secret that the housing market bore a heavy brunt of the aforementioned financial crisis, and the ramifications that continue include lower consumer confidence in property ownership. Brexit, and what form it ultimately takes, is a huge concern too, with an expected short-term knock-on (at least) on the nation’s economy.

With many analysts predicting that interest rates will start to rise again over the coming years, a growing number of people are looking to mitigate that risk – eschewing a 25-year mortgage in favour of a far less risky rental contract.

Whilst the reasons explored thus far have a primarily negative tinge to them, there’s also the feeling of a cultural shift – that people are actively making a choice based not on what’s historically expected by society, but on what they actually want to do. For instance, according to a 2016 AXA-backed survey of the market, around one in five people now rent because they simply prefer to. Likewise, the slow decline in marriage and a divorce rate over 40% means that many over 45s are also preferring to rent over buying property again.

For the younger generation, just as jobs for life are becoming a thing of the past, so the societal expectation to settle down quickly and have a family has evolved. With that, the expectation to buy a house has changed too. The workforce is slowly shifting away from full-time PAYE employment towards more flexible working, and more and more people are preferring the flexibility of renting by choice. Some have suggested it might be because they want to spend their money on other things that enrich their lives in the here and the now. Interestingly, 37% of the respondents to the aforementioned AXA rental survey cited the ability to relocate at the drop of a hat as a reason to rent. These, to a younger generation, rightly feel like valid choices, and they’re choices that they’re far more in control of.

It’s not a behavioural shift that’s big enough yet to move the UK to a model of rental over home ownership as the norm, but elsewhere in Europe, that’s been the case. In Germany, just about half the population own their own home, and a possible decline is predicted over the coming year. Even traditionally heavy home-owning nations such as Spain are witnessing some degree of change in favour of renting.

In short, the demand on someone to own their home has softened.

It’s difficult to see a reversal in the shift towards renting over buying, for a whole mix of both positive and negative reasons. Rather than fight change, I’d argue that the industry should adapt to it.

In days gone, renting was traditionally an annex as such to estate agency businesses, with outright purchases seen as core business. That is certainly changing for most agents who are now forecasting equal parts of growth from sales and lettings. And is likely to continue to be the narrative for estate agencies in the foreseeable future.

When the ONS publishes its next decade findings in 2027, don’t be surprised to see a further significant jump in its numbers. Those agencies positioned to offer a comprehensive service to rental customers stand primed to benefit.

Here’s Why Renters Need To Work More Hours To Afford Rent
Auto loan delinquencies are rising. Here’s what to do if you’re struggling with payments
How to protect yourself from tax fraud and scams, according to cybersecurity experts
Nordstrom stock surges after activist investor Ryan Cohen buys stake in retailer
Florida County Map Shows Where The Income Gap Is Biggest