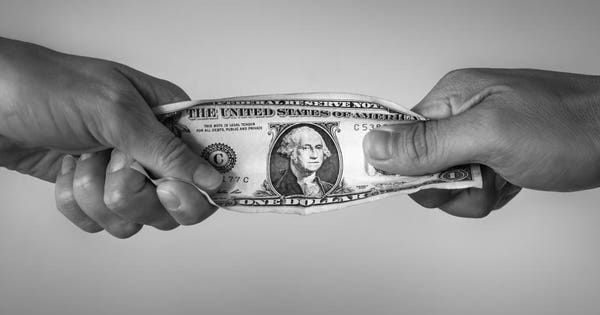 What To Do While We Wait To See If The Stretch Provisions Are Gone!

A great many conscientious tax lawyers and other professionals have spent countless hours learning how to allow IRA and pension accounts that are payable to trusts for children or other non-spouse beneficiaries to remain under the IRA or pension plan for as long as possible after the death of the account owner in order to defer tax from withdrawals.

This permits a maximum after-tax rate of return by allowing the assets under the account to grow on a tax deferred basis. Under the present law, a properly drafted trust will enable the Trustee to take distributions out over the life expectancy of the oldest trust beneficiary, which can be several decades.

The payout is generally the same or very similar to what would apply under an inherited IRA, but a trust can be protected from creditors, divorce claims, unwise spending or investments, and federal estate tax on the death of the beneficiary.

It appears that the majority of Congress wants to wipe out this “loophole.” On May 23, 2019, the House passed H.R. 1994, the Setting Every Community Up for Retirement Enhancement Act (“Secure Act”), and the Senate Ways and Means committee passed S. 972, the Retirement Enhancement and Savings Act of 2019 (“RESA”). Both the Secure Act and RESA essentially say the same things, and, if passed, would simplify the tax system by providing that everything has to come out by the tenth anniversary. This will certainly give taxpayers, who pay significant taxes on the tenth anniversary of the death of a loved one, something to remember him or her by!

We do not believe the intention of the Secure Act is to prevent distributions to a trust for the primary benefit of a spouse from coming out over the spouse’s life expectancy, but time will tell what the final bill provides, if and when it passes.

Please note that the tax savings from deferral is often not as much as people think, because everything that eventually comes out of a non-Roth IRA or pension account becomes taxable in the year it is distributed. Still, it is better to have the flexibility to defer distributions, which might be taken in a year where the beneficiary has significant tax deductions that would offset or eliminate the tax that would otherwise apply, such as large home health care bills.

When you actually run the numbers, the economic differences if you withdraw the money early or defer it are not as profound as you would think, although they are material. We can provide an article that we wrote in 2015, called Planning for Clients Under the $10 Million Net Worth, Including Portability Considerations, which has a long section with spreadsheets where we prove that the mathematical outcome is not as different as people would think. You can email me at [email protected] for a copy of the article.

In the present situation, thousands of taxpayers have paid thousands of tax lawyers to draft trusts that will allow the stretch to occur, with side effects that are necessary to comply with the present stretch law, which include: (1) having to keep IRA and pension account rights under a separate trust; (2) requiring that no individual older than the intended Primary Beneficiary and no charity or other entity can be a beneficiary of the trust after September 1st of the year following the death of the IRA or pension account holder; (3) requiring that no expenses or liabilities of the pension or IRA account holder can be payable from the trust after the same September 1st deadline as is mentioned in (2) above; (4) limiting any power that the intended Primary Beneficiary would have to direct trust assets to only be directable to or for the benefit of living people who are younger than the intended Primary Beneficiary; and (5) providing that if the intended Primary Beneficiary does not survive the Grantor and does not have descendants or otherwise designate where the assets would go, then they would have to pass to the “heirs-at-law” of the Grantor/IRA/Pension owner.

These same limitations apply when a surviving spouse is the intended Primary Beneficiary of a trust that an IRA or pension is made payable to. The stretch provisions would still apply in certain situations because of the exceptions to the ten year rule included in the Secure Act. This includes distributions for the surviving spouse, disabled or chronically-ill beneficiaries, minor children, or beneficiaries no more than 10 years younger than the deceased IRA owner. So stretch provisions will still need to be kept under many trust agreements.

Individuals who wish to have their spouses receive or derive the benefits from an IRA or pension account should continue to give careful thought as to whether the spouse will be better served by being able to roll the IRA or pension benefit over into his or her own “rollover IRA,” or by being the beneficiary of a trust that can protect the surviving spouse from a next marriage, undue influence, unwise spending or investments, or federal estate tax.

The new proposed bill also allows for the sale of certain “lifetime annuity products” that I have written about in a recent post. This causes me great concern for elderly Americans who may not understand how expensive and limited in benefits these contracts can be.

For example, a client recently showed me a contract that is being sold to him as a “safety income arrangement,” as offered by one of the largest insurance carriers.

That sounds like a lot of money, but when you take the time value of money into account, he would have to wait until the 21st payment (21 years from when he made the investment) to reach a 1% rate of return, and if he dies after that year, his family would receive nothing.

While he would receive the greater of this or investment results, the investment side of the contract is saddled by significant fees and limitations that will cause it to perform much worse than a normal diversified equities and bond portfolio, assuming normal or slightly less than normal market results.

I would rather have my grandmother simply buy B+ rated bonds in a laddered fashion as opposed to this type of product, unless I am the sales person earning an 8% commission on its placement.

Please stay tuned, and we will keep you posted as there are more new developments.