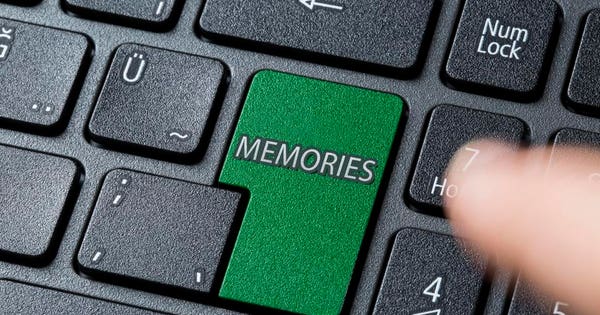 Researchers at the National Institute on Aging (NIA) want to know how some older adults retain their youthful thinking and memory abilities despite the evidence of neurodegeneration or Alzheimer’s-related pathology in the brain. And they’ve created a way they hope will help them find out. But they need the input of scientists, health care professionals and others to do it.

It’s called cognitive reserve, and it’s the phenomenon of the mind’s resistance to damage of the brain. It’s also the subject of not only an upcoming new data and biomedical sample resource, but also a related request for information (RFI) from the NIA and a first-of-its-kind workshop in September.

The push to study cognitive reserve in more depth across the scientific disciplines was born out of recommendations from the Cognitive Aging Summit III. Some 300 researchers attended the summit in Bethesda, Maryland in 2017. Coordinated by the NIA of the National Institutes of Health (NIH) and supported by the McKnight Brain Research Foundation, the summit centered on age-related brain and cognitive changes, with a particular focus on issues related to cognitive resilience and reserve. According to the NIA, investigators from around the world delivered presentations and engaged in discussion “about some of the most important scientific questions relating to the biological, physiological, social and behavioral aspects of reserve and resilience in aging individuals. Attendees also discussed strategies to preserve and bolster cognitive function during aging.”

One of the ways they decided to pursue studying how to preserve and bolster the brain during aging was to support a life-long study of rats. Investigators recommended the study generate state-of-the-art neuroimaging, phenotypic results (the observable characteristics of an individual resulting from the interaction of its genotype with the environment), non-invasive biological samples and other indicators that could give insight into the mechanisms of healthy neurocognitive aging. Researchers at the NIA said this recommendation is now being put into action.

They’re calling it the Successful Trajectories of Aging: Reserve and Resilience in RatS, or STARRS. The NIA’s Intramural Research Programs (IRP) will develop and conduct the longitudinal study, thus creating an open-source data and a sample hub to be shared with the entire aging science community.

According to Peter Rapp, senior investigator in the Neurocognitive Aging Section (NAS) of the NIA, “cognitive reserve is what makes some older adults cognitively resilient.” And reserve and resilience make up “an evolving field exploring whether and how people with high cognitive reserve simply age more slowly than their peers whose thinking and memory are impacted by neuropathology, or if there are genetic, environmental or life experience protective factors at work. NIA-supported scientists aim to study reserve at the cellular level and establish baseline data to evaluate how various interventions might impact brain aging and the ability to compensate for dementia pathology.”

Rapp said scientists hope STARRS will bring them “closer to an understanding of the factors that contribute to successful versus unsuccessful neurocognitive aging.”

The NIA, today, issued a Request for Information for new ideas on how best to maximize STARRS’s value and usefulness to the scientific community. The RFI seeks input from researchers in academia and industry; healthcare professionals; patient and health advocacy organizations; scientific and professional organizations; and other interested stakeholders on a wide variety of program design issues, including:

Responses to the RFI are due by July 15, 2019. Those who wish to contribute may email their responses to Dr. Matthew Sutterer at the NIA.

The concept of cognitive reserve is not new. Dr. Yaakov Stern of the Cognitive Neuroscience Division of the Taub Institute, the Department of Neurology and the Department of Psychiatry, at Columbia University, wrote of his own studies of the subject in 2009:

“The concept of reserve has been proposed to account for the disjunction between the degree of brain damage or pathology and its clinical manifestations,” he wrote. “For example, a head injury of the same magnitude can result in different levels of cognitive impairment, and that impairment can vary in its rate of recovery. Similarly, several prospective studies of aging have reported that up to 25% of elders whose neuropsychological testing is unimpaired prior to death meet full pathologic criteria for Alzheimer’s disease, suggesting that this degree of pathology does not invariably result in clinical dementia…many studies indicate that a set of life experiences such as educational and occupational exposure and leisure activities are associated with reduced risk of developing dementia and with a slower rate of memory decline in normal aging. Cognitive reserve (CR) postulates that individual differences in the cognitive processes or neural networks underlying task performance allow some people to cope better than others with brain damage.”

Professor Michael Ridding of the School of Medicine at the University of Adelaide in South Australia also wrote in an article for The Conversation that “Evidence shows the extent of someone’s cognitive decline doesn’t occur in line with the amount of biological damage in their brain as it ages. Rather, certain life experiences determine someone’s cognitive reserve and, therefore, their ability to avoid dementia or memory loss.”

“How do we know?” Ridding asked. “Being educated, having higher levels of social interaction or working in cognitively demanding occupations (managerial or professional roles, for instance) increases resilience to cognitive decline and dementia. Many studies have shown this. These studies followed people over a number of years and looked for signs of them developing cognitive decline or dementia in that period.”

The design of STARRRS will also be among the topics discussed at the upcoming Reserve & Resilience Workshop—the first workshop on researcher definitions for reserve and resilience in cognitive aging and dementia—to be held September 9 and 10, 2019 in Bethesda, Maryland. Organizers of Reserve & Resilience, such as Workshop Chair Dr. Yaakov Stern of Columbia University, aim to attract researchers from diverse backgrounds to move the cognitive reserve and resilience field forward by delving into some of the following:

According to organizers of the workshop:

“Research indicates that specific life exposures and genetic factors contribute to some people being more resilient than others, with lower rates of cognitive decline with aging and reduced risk of developing Alzheimer’s disease and related dementia (ADRD). The factors associated with resilience have an important role in the development of interventions and health policies. There are likely several complex and highly interactive mechanisms that lead to these individual differences in vulnerability to decline, probably reliant on both structural and functional brain mechanisms. Investigators in this area have employed many terms encapsulating individual differences including resilience, cognitive reserve, brain reserve, brain maintenance and compensation. In addition, there are terms commonly used in cognitive neuroscience studies of aging, such as efficiency, capacity, and compensation. However, the definitions of these concepts differ across researchers, and the translation from human to animal research is not well developed. It is important to bring together researchers from basic neuroscience to human studies to develop operational definitions for these concepts.”